Participatory Photography at the Mel Hoppenheim School of Cinema

The WIFE digital gallery showcases 100 photo stories, created by ten female students from the film production program. This on-line exhibition provides a window for readers to witness these emerging female filmmakers’ inner conflicts and struggles with external constraints, as they come to understand the importance of logistics, technology, finances, working conditions, and interpersonal relationships in practice-based film education.

Although the word ‘wife’ is largely associated with heterosexual marriage in contemporary culture, historically, people have also used this word to refer to knowledgeable and skilled women, such as ‘fishwife’ and ‘midwife.’ We employ WIFE as our acronym to evoke critical reflections from a wide audience on notions of “womanhood” in the global film industry.

We have identified five major themes: Film Set, Film School, Family& Friends, Woman Directing, and Coping Strategies. We have also created tags for each photo to highlight: 1) the critical threads that connect the themes, and 2) the conflicted emotional journeys that female students went through in film school. 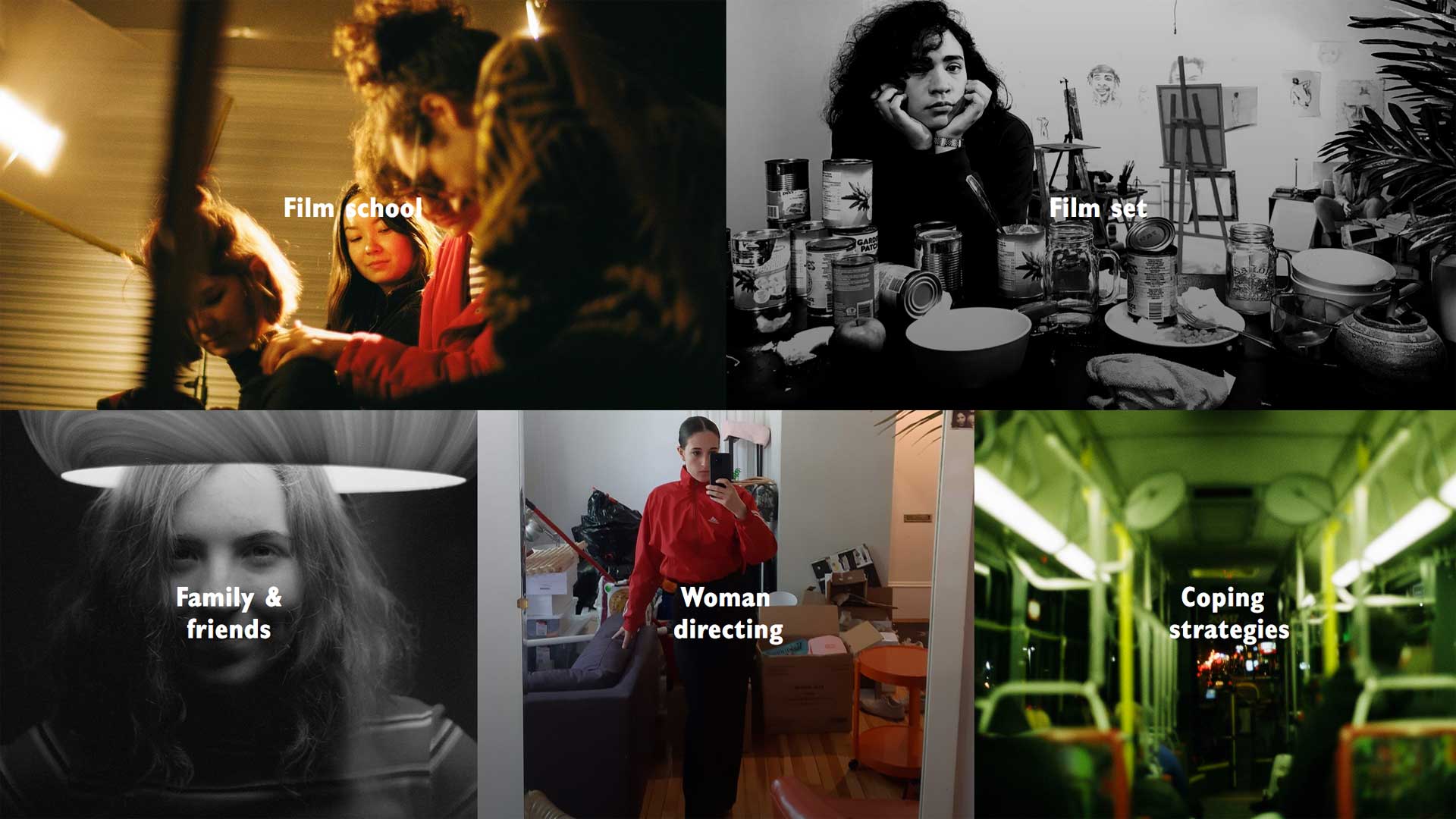