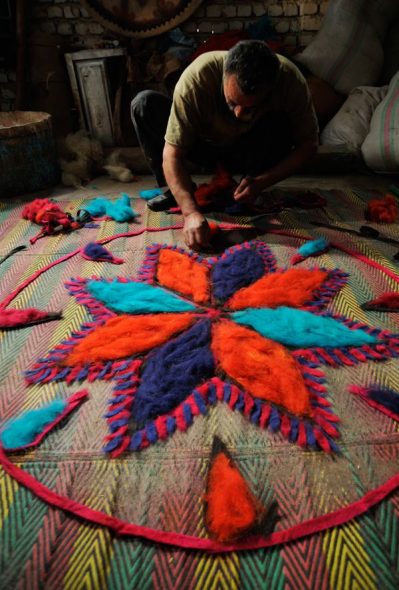 Akbar Pir Ahmadi is one of the few master craftsmen who make felt in Shiraz, Iran. He begins his routine working day early in the morning. Many people visit him during the day: A friend for help, two customers for buying felt, and his little girl who has her lunch with her father – In the evening, he goes to the Zurkhaneh (Iran traditional gymnasium) to practice Pahlevani rituals.